Ouch! There was a server error.
Retry »

Please provide us with some details about what do you have or how we can help you.

The Future Of Amazon FBA

Man, there has been a lot of changes and crazy things going on in the world!!

Some of these have effected Amazon FBA for the positive and some for the negative, and that is what this week’s video is all about.

I took a different approach to this video and had it less scripted and more from the heart, and I would love to know what you think about this style of video vs. my other style of videos which tend to be more scripted and produced. 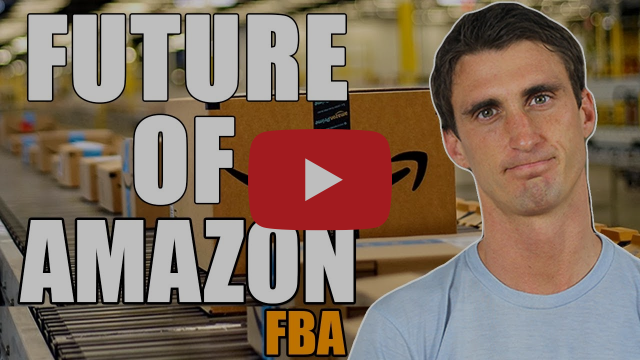 Also please make sure to hit the like button and leave a comment on this weeks video because it lets me know if you like the video and if I should continue to do videos like this.

P.S. There is a lot I want to write here.  If you are new to reading the PS part of my emails, I usually like to share something personal in this part…and man I have so much I want to say.  This last week has been very unproductive for me to be honest.  I’ve been sleeping in (waking up around 8), and I find I am just so much more productive if I wake up earlier, so I am going to start to try and wake up closer to 6:30 or so.  I am also going to try and start recording 1 video a week for the Travis Talks channel.  My strategy for that youtube channel is to just talk, no scripts or at least very minimal scripts and share some behind the scene things of my life and some of my thoughts.  That channel is more for content that isn’t polished enough for my main channel or maybe isn’t as SEO friendly/ won’t get as many clicks, but that is still good content.  So stay tuned, I am hoping by next week to have a video on that other channel.  I will also try and use those videos as a warm up for filming my main channel videos.  I have been in a bit of creative rut, I film videos throw them out and refilm them. I want to get into the habit of not being so critical of my work…but at the same time I don’t want to put out “bad” videos on my main channel.

Also in other news, the last few months I have been posting 2 videos a week.  A Tutorial Tuesday video and a Tactical Vlog Thursday video.  I am going to go back to just once a week (Tactical Vlog Thursday), until I can get some content pre-recorded so I am not scrambling each week.  For the last few weeks I’ve been doing everything very last minute and I decided to just focus on 1 REALLY GOOD video a week instead of trying to get out two pretty good videos.

Wow that was long, and with all that being said stay tuned to next week when I will post a new Travis Talks video and for now go check out his weeks video and let me know what you think